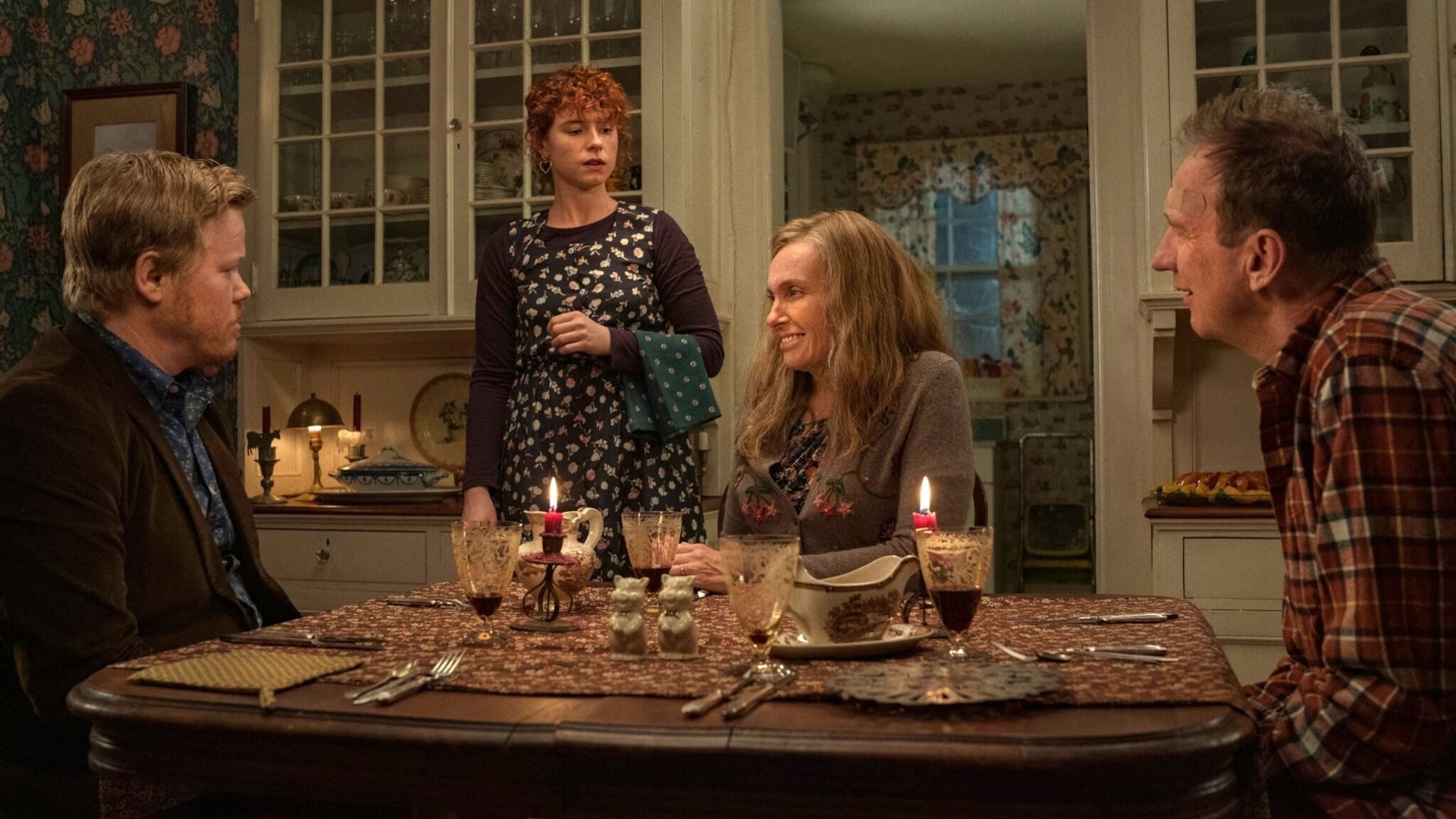 I’m thinking of ending things, the kind of horror film you wouldn’t expect

Edoardo Stoppacciaro dubs the character Jake in Charlie Kaufman’s new film (available on Netflix as of today, 4 September, 2020) I’m thinking of ending things. We asked him whether this much awaited film is worthy of the enthusiastic reviews it has received overseas.

«For me, it is a marvellous folly. Sometimes it gets to be exasperatingly slow, but it’s always so full of things, of tension – including in dialogues which seem to be trivial – with long-lasting framings, intense gazes, editing and direction techniques, a musical score stripped down to the bone… there is always something mounting and you just cannot figure out where the film is heading. You get the impression you’re living an awkward, surreal dream, packed with contradictions. It is a film that, despite a pace that doesn’t quite fit the typical television standards, keeps you glued to the screen while giving you a dormant sense of anxiety, whose source you cannot identify. You only get some potentially alarming details every now and then.

The character I dub is insecure and very pensive (in fact, too pensive), his relationship with the girl that accompanies him in the journey is apparently very simple, even though, at times, some tense moments suddenly pop up, making the viewer wonder if anything has previously happened to them or if there is something they still have not revealed. The relationship with his parents is somewhat peculiar too. Even Marco Benevento, the dubbing director, sees Jake as someone who tends to keep things hidden, so we paid great attention to the physical uttering of his lines, trying to give the impression he is always withholding something, as if speaking to himself, as if the interlocutor were an optional figure. He hesitates, he takes time to reflect and then might change subject. Keeping his pace was quite a daunting task.

But I greatly enjoyed it. As a matter of fact, I just love my job. I’m always taken aback when a non-native speaker says they prefer the original version. Obviously, the original version is almost always better, but dubbing is a cultural mediation tool that allows everyone to enjoy a product. Today, it is fairly easy to do without dubbing; you can simply choose the original version and turn on the subtitles. But subtitles too are a compromise, because they just sum up what the actors say and force the viewer to constantly switch between reading and watching, making them lose the main focus. Following a film, or a TV series using the subtitles is tiring. Therefore, dubbing – meaning good dubbing – is crucial for enjoying films whose main language is not your own.

In the case in point, I must say we did an excellent job dubbing I’m thinking of ending things. We all put great passion in this painstaking work. And I think it shows.

What I mostly like about dubbing is the possibility of skipping from one life to another a thousand times in a single day. In the morning I might be a plastic surgeon at the Grey’s Anatomy hospital, in the afternoon I’m Cesare Borgia and in the evening I’m a talking pizza slice in a wacky animated series. The same happens the following day: in the morning I’m a serial killer, in the afternoon I’m Fethry Duck in Duck Tales and in the evening I’m a police officer who has developed PTSD after serving in Vietnam. It’s a neverending game, and that’s what I like the most.

Anyway, if you want to become a good dubber, I think you must be empathic. It is absolutely crucial to walk in the shoes of the character you are dubbing in order to get hold of them. If you are able to feel what they are feeling and convert those feelings into your own language then I believe it is safe to say you did a good job. And this means giving up something of yourself. It helps me forget I’m Edoardo and allows me to become the character I dub. The next one I’d like to dub is a Ghostbusters character. I’m a huge Ghostbusters fan and since there are rumours that a new film, TV series or other stuff might be coming up, I’d like to be part of it.»